The Gift He Wants Most

It’s the day before Christmas. 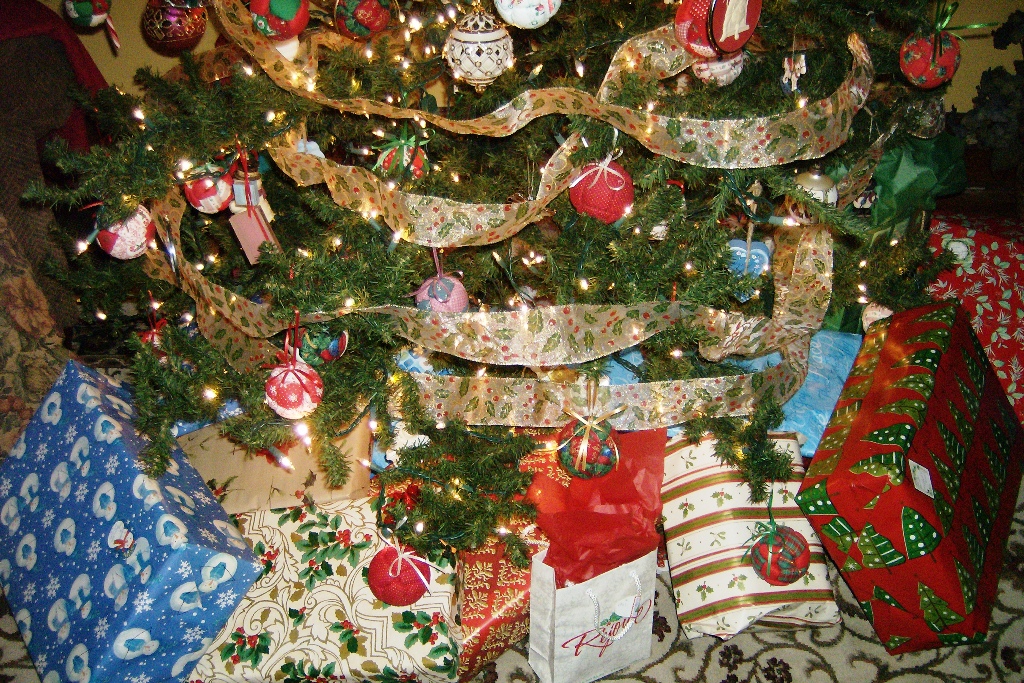 Some are smiling to themselves, their shopping completed early, the pressure’s off.
Some are smiling relieved smiles –almost– just one or two more gifts to find, and we’re good to go.
Some – well for some it’s cram-time. Like when final exams sneak up on you and you’re not ready. Not at all. (I remember one final exam in Music Theory. Our professor prayed before the exam, something about blessing us in accordance to how we’ve studied. After his “Amen” my friend Dave (he comments here on occasion) turned around, raised his eyebrows and said “I don’t know about you, but that prayer just ruined my grade.” ) 😀

I enjoy the gift-giving aspect of Christmas. I especially enjoy seeing that look that says “this is perfect!” when someone opens a gift. I smile when I hear their excited “I love it! Where did you find this?!!” It’s nice to receive, too, but not so much as give. My favorite gifts of all at Christmas are the ones that weren’t on anyone’s list. The things that simply say “I was thinking about you, and I’m pretty sure you’ll like this.” They’re the best.

It would be a good idea, though, to not overlook the One Whose birthday it is. Can you imagine? Going to a party and everybody exchanging presents and gift bags while the guest of honor looks on in bewilderment and disbelief? It happens every Christmas. The little Lord Jesus, Who’s also the King of Kings and Lord of Lords must wonder sometimes, “Did you forget something? Did you forget on purpose? or did you just get caught up in the activity? are you truly that selfish?” (some of us are.)

What does He want, do you suppose? It might be an interesting study to scan the New Testament this Christmas season, looking for things He said He would like, or wants from his followers. There’s plenty to be found in the Gospels alone, the first four books of Matthew, Mark, Luke and John. I believe Christina Rossetti summed it all up better than anyone, in her carol In the Bleak Mid-winter. You’ve sung it perhaps, or heard it on the radio this season. The words are simple and profound:

Shepherds were at one end of the socio-economic spectrum, the magi at the other, and you and I are somewhere in between.
What does God incarnate want from us? What would he like most from you and me?
Our hearts. Yours. Mine. Everyone’s.

That’s easier to say than to do, however. It’s vitally important that we each, individually believe on Him once. It’s the fulcrum on which eternity’s teeter totter pivots. Jesus, I believe You came for me. I believe that. I place my confidence in You; in what You came to do – and did – dying for my sin.

Just as important, and perhaps more difficult, is believing on him day after day – after day. Living-out that trust, giving Him our very hearts, and as importantly, not taking them back. That’s where I’ve gotten myself in trouble, maybe you have too. But when I –when we– say “Savior, I believe You know what’s best for me. I really do. So I’m going to learn what you love and do that more, learn what you hate and do that less or not at all. You died for me. I want to live for you. Will You help me do that? Here’s my heart. Take it. It’s all Yours.”

What can I give Him?

My heart. That is the gift He wants most.
And the smile on His face is what I want to see most.

Merry Christmas, everyone,
Live in the light of His love this season.